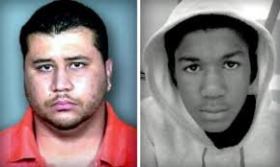 Unless you have been living under a rock or in another country that has no interest in our own, you’ve heard of the Trayvon Martin story. Young, black, 17 year old kid from Miami who was visiting his father in Sanford, FL, while walking to the store to buy what is now infamous Arizona Ice Tea and Skittles, was shot and killed by George Zimmerman, the neighborhood crime watch. What are even more compelling are the 911 calls that recorded the entire incident from start to finish. George Zimmerman claimed self-defense and the prejudicial and highly misunderstood Stand Your Ground law.  This has been the most controversial case of my time. Back in my parent’s day, it was the O.J. Simpson trial.

I myself have been following this case for at least 3 month and have been an avid supporter of TM family. Waiting for the verdict to come down was excruciating agony. When GZ was found NOT GUILTY on all counts, I was and still am disgusted. GZ is a MURDERER point blank period. In my honest and most personal opinion I feel he should spend the rest of his life in prison.  He took away something that can never be given back. To take the life of anyone let alone a child is despicable to me. There have been talks of the Black Panther’s group re-emerging and have ordered a hit on him. I would not oppose. I think that he deserves to be held accountable. I know what I am saying is not right, but I am going based off emotions. With TM being from Miami, he could’ve been my brother or cousin or even nephew.

I’m even more disappointed in the judicial system. How could the law betray something so clear as day? GZ profiled and pursued him because he was black, and gunned him down. What if he had been white? Would the outcome still be the same? What if it had been a young girl? Would he still have followed her? Why does he look suspicious? Because he has on a hoodie sweatshirt? What happened to asking “Hey are you lost, can I point you in the right direction?” WHY DID HE AUTOMATICALLY ASSUME that TM was up to no good? That my people, is where the racism plays a part. GZ was a racist. There is no doubt about it. 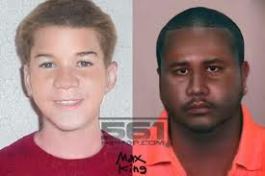 I also blame the prosecution. They were severely ill prepared to deal with this type of case. First and foremost they did not want to prosecute him in the first place. We had to fight to have our day in court. They did not paint a picture or present a narrative to the jury so they could get a clear idea on what actually happened. I so desperately wanted to reverse time so that I could finish college and change my major to law so I could be a prosecutor. To be honest it does not take brains or logistics to present this case accurately. All you need is COMMON SENSE!

Rachel Jeantel as a star witness was not a bad idea because her participation was vital. She was one of the last people to speak to TM; HOWEVER the PROSECUTION should have prepared her. What bothered me the most about her testimony is she looked bothered or irritated to be there. Forget that she didn’t speak clearly or intelligently. She gave off the demeanor as if she had better things to do. Wasn’t TM your friend? Didn’t she want to see justice for her friend?

GZ was told not to pursue Tm for his own safety and he did anyway.  Now TM is dead with no opportunity to tell his side of the story or to defend himself.

Being in a room full of intelligent, cultured, successful black individuals when the verdict came down was inspiring. We all had different views but shared the same passion and disdain. 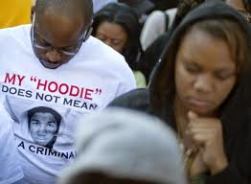 We can march and protest all we want, but it still is not going to change the world we live in. This America, land of the free (but not for all). Racism is still very alive and I hope we influence our children of this. We have to teach our children especially our Black young boys that they are walking targets. There are more GZ’s in this world just ready to pull the trigger. 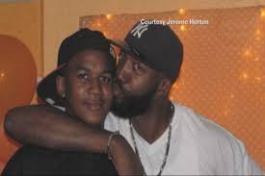