So I decided to be real honest today. It’s Friday the 13th after all and I’m feeling a little bold dare I do say. Anyway I wanted to share my thoughts, ideas, rules and etc. on casual sex and one night stands. I know that I often practice the “don’t give it up too soon” and “get to know someone before you sleep with them” ideologies. I still believe in them whole heartedly, but I am a woman.  A single woman at that, who is not in a relationship and who has grown tired of the lonely nights and her cold bed. There are times when I desire intimacy and a warm hard body next to me, if only for a night.  Because of what I’ve been accustomed to, it is not necessarily important to me to have a constant male mate in my life. Sad, and hopefully that will change for me over time. (I’m just so damn picky lol) There are just times when I would like him there for the moment. And while we’re together, I’m going to maximize the moment to the fullest potential. And after it’s over, I’m going to get myself together and go home. Lol

Here some rules to casual sex and one night stands that I’ve acquired over the years, and have helped me maintain my sanity.

I cannot stress this enough. Have you ever seen someone who you had sex with before, and then you saw someone else they had sex with? If that person looks less than desirable, the notion is almost enough to make you cringe. It’s like their value went down.  You can’t just let any old body up into the juicy palace.  If you have a preference sticks to it. Don’t deviate because you’re feeling horny.  Who you have sex with is a reflection of you believe it or not.  I’m the pickiest person I know, so who ever I’ve had sex with has to meet a certain criteria. No exceptions.

Don’t second guess yourself. If you want to do it, then do it.

We are sexual beings just like men are.  Matter of fact, it’s been proven that women desire sex more than men. So if you want to do it, do it. Don’t try and talk yourself out of it by thinking you’re some kind of hoe because you want to have sex. Having sex doesn’t make you a hoe. Having sex with multiple people at the same time unprotected would make you a hoe. But that’s neither here nor there.  If you’re attracted to him, (which we know upon the first 10 minutes) then do it.

Use protection. Wrap it up. 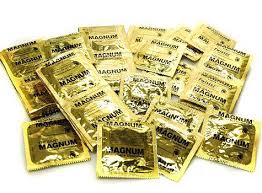 This is just sex. You’re not looking to have a baby from dude right? Even worse you don’t want to catch anything you can’t rid of. So always have safe sex. If necessary buy your own condoms, just in case he doesn’t have any.  (No grown man wouldn’t by the way) Women, we know what our bodies respond to so that’s a good way to buy a condom that won’t irritate us. Hopefully you’re getting magnums but I digress lol.

Don’t flake or change your mind.

This is just as important as rule number two because once you’ve made up your mind to do something you have to stick to it. Don’t go over to his house and get in his bed naked but then change your mind.  Saying “no let’s just cuddle”.  No man likes to have his dick played with. I’m just being honest. It’s childish almost to think a man won’t attempt to try you so it’s in your best interest to be all in at that point.  If you wasn’t you shouldn’t have come over there.

When done correctly, sex is very enjoyable.  You can’t enjoy sex if you’re uptight and nervous. He’s going to feel like he’s raping you and for most men that is not a turn on. Relax your muscles (literally) and be free.  Let him please you and you him. Did you know a good orgasm can cure a lot of things? Headaches, fatigue the list is endless.  Even if you have to put on a show, pretending like you’re Beyoncé or somebody. Enjoy yourself. Sex is mental so don’t let your mind talk you out of it. As long as you’re comfortable, don’t be afraid to try new positions.

Don’t mistake this encounter for something more.

I had to learn this the hard way when I was younger. I thought everybody I slept with was supposed to be my boyfriend because I’m not a hoe and I just don’t give it up to anybody.  Keep living and learning that while not every man is supposed to be up in your walls, everybody isn’t meant to be your man either.  The sex could be good but that’s it. Don’t try and force a relationship out of good sex because that’s just a disaster waiting to happen, trust me I’ve been there done that and got the post card to prove it.

After you have this one night stand, or even it’s a frequent sexual encounter with the same person, leave it where it is. Women, we get so caught up on “I wondering if he thinks I’m a hoe or is he’ going to call me after this?” Who gives a shit to be honest? If he doesn’t you picked the wrong dude and will know better next time. Don’t over call him either after the fact. Let him call you. A man rarely if ever has sex with a woman once. So don’t sweat it.  Be careful to keep your feelings intact, because good sex will have you thinking of forever’s and picket fences. The sex would be so good and mind-blowing you start to imagine a future with dude. Snap out of it. This is easier said than done though.

No blog would be complete without a story, and I would be remised if I didn’t give a personal insight on this. So here goes…*names and situations have been changed of course*

So I was feeling myself, fresh off a break up, I was finally over my ex. Not too much but enough to go out with my girls, have a good time, and relax.  I’d been talking with this dude named *Smooth off and on for a few weeks, I knew him from back in the day, literally. We met almost 8 years prior at one of my old jobs. I was younger then and didn’t respond to his advances. But over the years, Smooth grew up! Time had done him very well, and he was mature in every aspect. He seemed like he grew a few inches, his body was toned, and his mean man rough neck demeanor turned me on for some reason.  So anyway, I was feeling him to say the least. We’d never had the chance to meet up in person since our schedules constantly conflicted. So when I hit him up and told him I was going to Part Two a local club, he was already in there.  We met up, the drinks were flowing, and I was feeling him. When the night ended, it was about 4:30 am, so he sends me a text.

See, he already let me know there, what time it was. Either I was going to go or say no. I had already made up in my mind I wanted to smash him. Even if nothing ever came from it. I needed to feel a man inside of me. My break up had me doubting myself, and I wanted to assure myself I still had it.

Thankfully he lived near me so I was able to stop home and gather my ‘ho bag’. (Consists of brush, hair band, toothbrush, deodorant, body wash, extra pair of panties and a sundress) Don’t judge me lol.

When I got there, his apartment was very nice and well-kept very bachelor-esque but nowhere near what I’ve seen before, his bath tub was very clean and he even had the shower running for me. After I cleaned myself up, and tried the best to get the smoke smell out my hair, I climbed I the bed with him clad only in one of his wife beater. Surprisingly we cuddled. I told him on the way over I was little nervous but his response was “We’re both grown”.  You know what, he was right. I know what I wanted and why I came over there. No turning back. So we kissed…and the rest was history.  The sun was up when we finally fell asleep. It’s something about a man holding you all night while you’re sleeping; it just does something to me. Even if he’s pretending to care, nothing else matters. When we woke up in the morning, we had round two. Sigh. Insatiable! Afterwards we talked. Like for hours. Catching up on the years that passed us by, watching football, caressing each other, and taking mini naps. I must have been there all day. Then true to form, and not forgetting rule #6, I got up and gathered my things. With a nice French kiss good bye, I was on my way home.

That would satisfy me for a few months.