It’s a new month and we are still fairly new into the New Year to make some changes.  A lot of us are holding on to things we should have left in 2013, but for fear of change, we’ve held onto them. It’s an unhealthy practice and will only lead into further self-destruction. It sounds harsh but it’s true. There are many factors in our life that can be considered “dead weight”. Relationships, jobs (or lack of a career), people, bad habits, etc. It’s important that we recognize our dead weights as such; the heavy, unrelieved weight of anything inert or also an oppressive burden or difficulty. Here are a few examples I’ve recognized along the years and some tips on how I released my dead weight and learned to live my life free of burden. 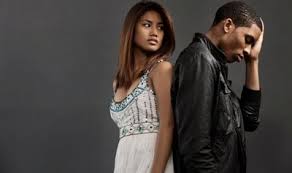 The most intimate relationship you can have (besides with your religion) is the one with an opposite sex. Whether you’re married or dating exclusively is not meant to be a burden for you. If you’re with someone and you feel the cons out weigh the pros, it’s best to let it go. If while together, you feel they only bring out your “worse” self, it’s time to let that go too. It’s not healthy for us to stay committed to negative. Stop prolonging the inevitable.

I dated this man for four years. Four freaking years…can you believe that? Not was in a relationship with him, or he was my man I’m his woman type of thing, just dating. Or if we going to be all the way real I found out I was his side chick. (The horror!)  It took me on that fourth year to realize this s*** is for the birds. I had fallen in love with this man, cried myself to sleep several nights over the confusion of why didn’t he want to “be” with me. I literally woke up one day and said f*** this. I’m done; time to get rid of this dead weight in my life. He’s preventing me from really moving on and finding me someone worth my time, love and affection. He wasn’t adding anything to my life, just was constantly taking. So I dropped that dead weight loser and moved on to greener pastures.

How many times do you go to work, and as soon as you get there you can’t wait to leave? You’re just tired of it, the people, the supervisor, the work itself. It’s time to get rid of that dead job weight. Find something that is going to make you happy. I’m not saying just quit right then and there. Take your time to really evaluate what it is that you don’t mind doing, and see if there is a way you can make money from it. You like to decorate? Start you an interior design business on the side of what you’re already doing. It’s plenty of people whose houses look like crap in the inside (especially men). Market yourself, and put yourself out there. You’d be surprised what positive outcome you can receive if you just step out on faith and rid yourself of dead weight job that made your miserable. 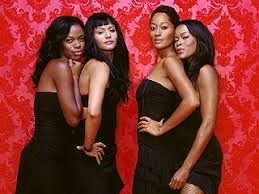 Friendships are a lot different than relationships, because the intimacy is not there. However still very important in our lives for the sake of having someone we can relate to and bond with on that sister level. Every woman has had that one friend who is just not doing anything with her life. And you know what they say, “birds of a feather flock together”. I don’t know about you but I’m not a bird. If you’ve found yourself surrounded by women who say they can’t find a good man, but stay bed hopping; let her go. If she’s complaining about not having any money to pay her bills, but stay in and out the clubs as well as living beyond her means; let her go. Association brings on simulation. If you’re not swaying her to positivity with your boss woman lifestyle, eventually you’ll fall into her hood rat trap and that’s not a good look. Let her dead weight sink to the bottom of the ocean with all the others.

I hope some of these examples shed some light on how to release unwarranted burdens and to live your best life, dead weight free!